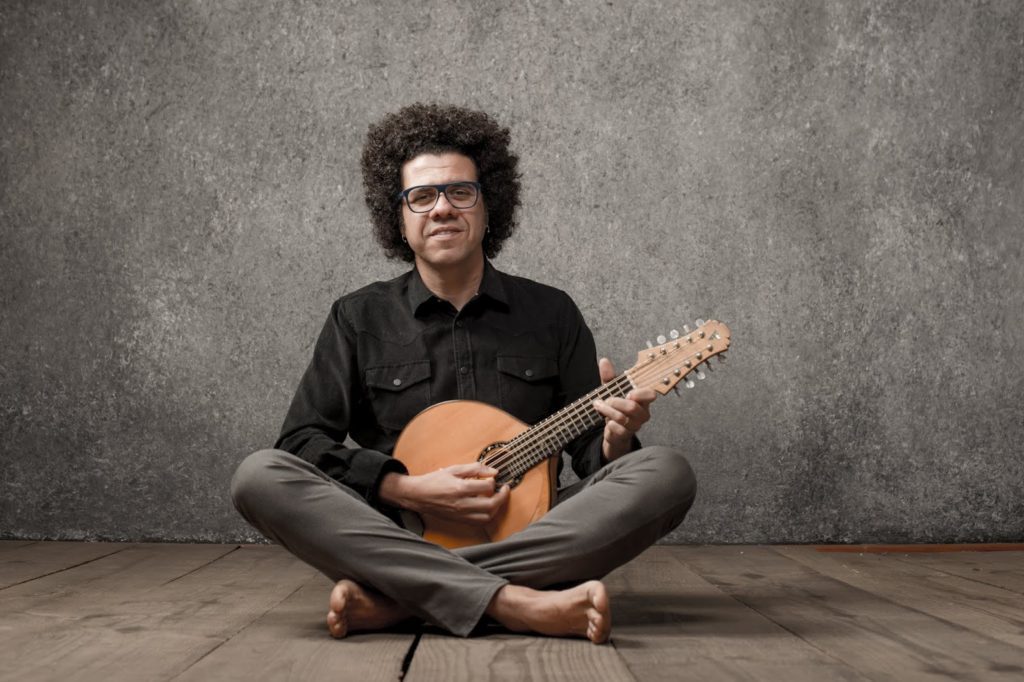 As part of the 5th edition of Jazz&, the pianist Chano Domínguez and the mandolin-player Hamilton De Holanda, on tour together in Italy, will hold two workshops on February 11, 2022 organized by Veneto Jazz at the Sale Apollinee of the Teatro La Fenice in Venice!
A unique occasion to get to know and study with two great virtuosos of their instruments, in two separate masterclasses.

Understanding the difference between Composing and Improvising

Learning to form your own CREATIVE HABITS

Hamilton De Holanda, born in 1976 in Rio de Janeiro and raised in Brasilia, with his masterful personal blend of choro and jazz has created a bubbly sort of music, nominated for several Latin Grammies. He has played with Yamandu Costa, Mike Marshall, Joel Nascimento, but in Italy he is especially famous for his duo with Stefano Bollani, immortalized on their album “O que será” (2013, ECM). His rebellious, revolutionary technique on the 10-string instrument has earned him the name of  “Jimi Hendrix of the mandolin.”

And on Saturday February 12 at 7:.30pm, in the same Sale Apollinee, it will then be possible to hear this extraordinary duo in concert, where Spanish and Brazilian traditions meet modern interpretation with a taste for improvisation.

Course Information for either Workshop:

Dates: Friday February 11 (morning and afternoon, for about 6 hours)