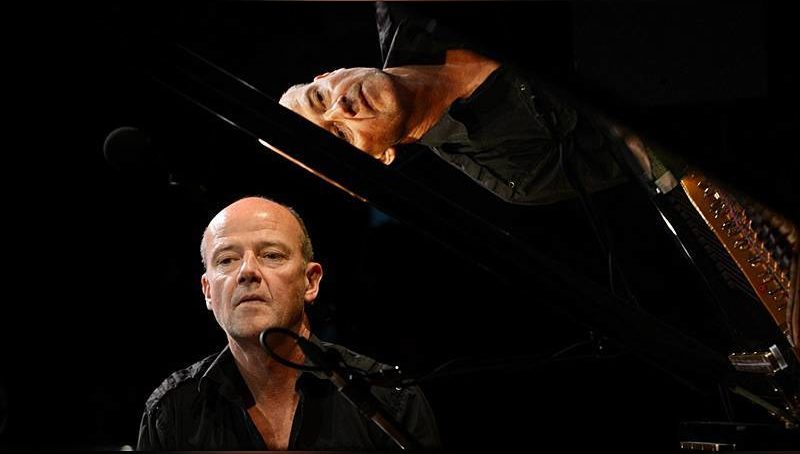 On the occasion of Venice Jazz Festival’s XII edition, the piano artist Jon Balke will perform with the trumpeter and composer Giorgio Li Calzi in a unique performance.

Jon Balke and Giorgio Li Calzi met in 2017 at CHAMOISic festival, directed by Giorgio, where Jon performed for the first time his new album Siwan (Nahnou houm) which was released on ECM records some months later.

Jon Balke (1955)
Balke started working professionally in music in 1973, with recordings for ECM; records and european tours, initially with Arild Andersen quartet. From 1978 started to compose for collaborations like Oslo 13 ( small bigband ), E´olén ( afro fusion ), Radka Toneff quintet,
Masqualero, and his own groups like JØKLEBA, Magnetic North Orchestra, Batagraf, Siwan and more.
JB has developed a personal voice as an original inventor in ensemble music balancing composition and improvisation.
JB has worked simultaneously as composer for theatre, dance performances, films, and chamber music ensembles, among others with Giorgio Rossi, Francesco Scavetta, Cikada, The norwegian wind orchestra and others.
JB is also a solo piano performer as manifested in the acclaimed “Warp” CD and the previous “Book of Velocity”.
JB is an ECM recording artist.
JB has been awarded a number of prizes and awards, including Jahrespreis Der Deutchen
Schallplattenkritik 2009.Shortlisted for the Achava Jazz Award in 2017.

*students under 26, over 65, residents of the Venice metropolitan area