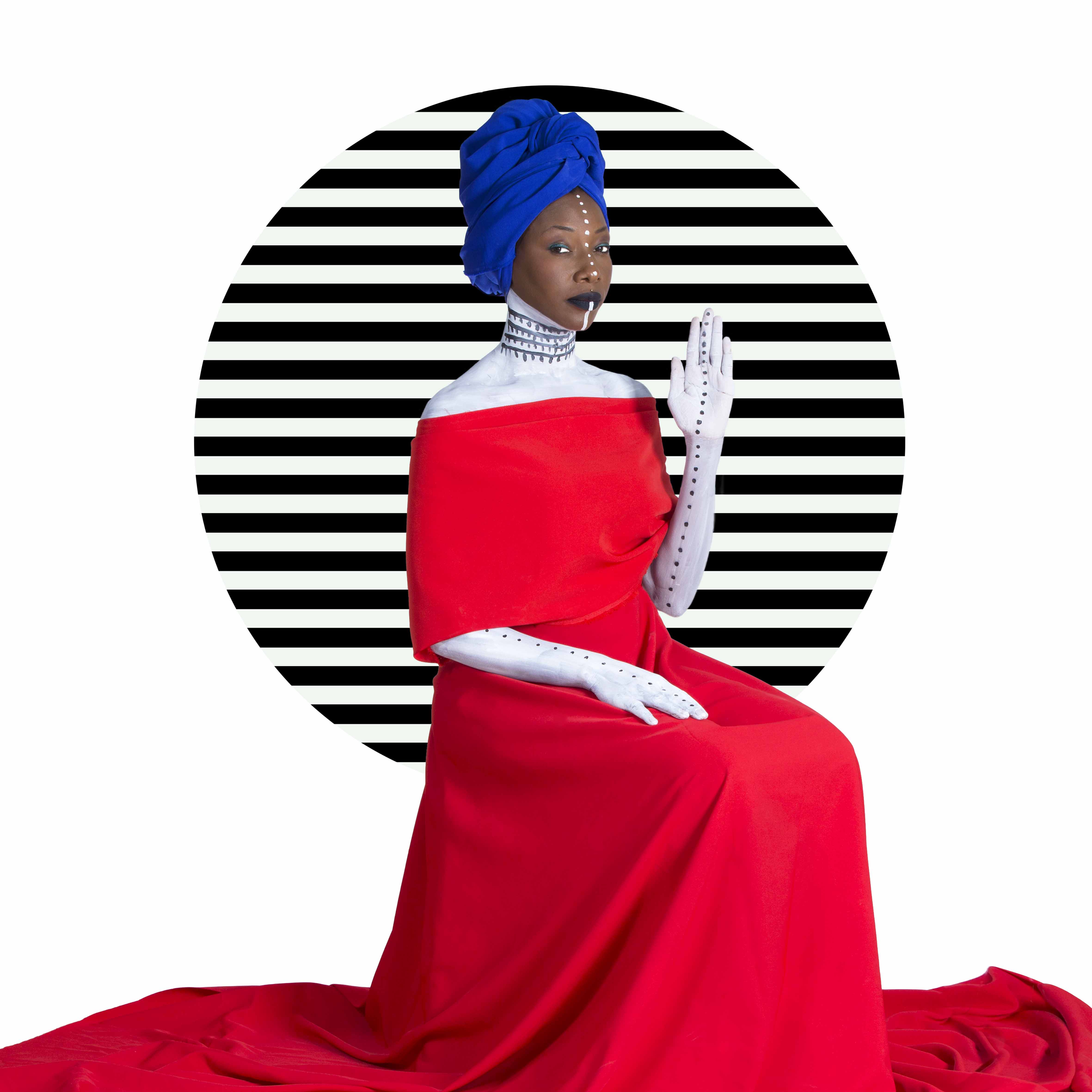 Malian singer Fatoumata Diawara (aka Fatou) was born in the Ivory Coast in 1982 then raised in Mali. As a child she became a member of her father’s dance troupe and was a popular performer of the wildly flailing didadi dance from Wassoulou, her ancestral home in western Mali. She was an energetic and headstrong girl and at the age of twelve her refusal to go to school finally prompted her parents to send her to live and be disciplined by an aunt in Bamako. She was not to see her parents again for over a decade.

Her aunt was an actress, and a few years after arriving, Fatou found herself on a film set looking after her aunt’s infant child. The film’s director was captivated by Fatou’s adolescent beauty and she was given a one line part in the final scene of the film ‘Taafe Fangan’ (‘The Power of Women’). This led to her being given a lead role by the celebrated director Cheick Omar Sissoko in his 1999 film ‘La Genèse’ (Genesis).

At the age of eighteen Fatou travelled to Paris to perform the classical Greek role of Antigone on stage. After touring with the production she returned to Mali where she was given the lead in Dani Kouyaté’s popular 2001 film ‘Sia, The Dream of the Python’. The film tells the story of a West African legend called Sia, a young girl who defies tradition. To many in Mali, Guinea, Senegal and Burkina Faso, Fatou is Sia thanks to the film’s enormous success throughout the region.

Offers for further acting roles poured in but Fatou’s family wanted her to settle down and marry and forced her to announce, live on Malian television, that she was abandoning her career as an actress.

In 2002 Jean-Louis Courcoult, the director of the renowned French theatre company, Royale de Luxe, travelled to Bamako to offer Fatou a part in his new production. An unmarried woman is considered a minor in Malian society so her family’s permission was required. They refused. After much soul searching Fatou took the daring decision to run away and at Bamako airport she managed to board a plane for Paris, narrowly escaping the pursuit of the police who had been alerted to the girl’s ‘kidnapping’.

With Royal de Luxe Fatou performed a variety of roles around the world including tours in Vietnam, Mexico and throughout Europe. During rehearsals and quiet moments she took to singing backstage for her own amusement. She was overheard by the director and was soon singing solo during the company’s performances. Encouraged by the reception from audiences she began to sing in Parisian clubs and cafes during breaks from touring. Here she met Cheikh Tidiane Seck the celebrated Malian musician and producer who invited her to travel with him back to Mali to work on two projects as chorus vocalist; ‘Seya’ the GRAMMY nominated album by Mali’s star Oumou Sangaré and ‘Red Earth’ the GRAMMY winning Malian project by American jazz singer Dee Dee Bridgewater. When the albums were released Fatou toured worldwide as singer and dancer with both projects.

On her return to France Fatou took the role of Karaba in the popular touring musical ‘Kirikou and Karaba’. She was encouraged to take the role by her friend Rokia Traore who also inspired her to take up the guitar: “To me it was a wonderful and daring thing: a Malian girl with an acoustic guitar. Why should the guitar be only for men?” Fatou bought herself a guitar and started to teach herself, and at the same time began to write down her own compositions.

She made the decision to dedicate herself to her passion, music. She worked to complete an album’s worth of songs and started recording demos for which she composed and arranged all the titles, as well as playing guitar, percussion, bass and singing lead and harmony vocals. An introduction from Oumou Sangaré resulted in a record deal with World Circuit and the recording of her debut album.