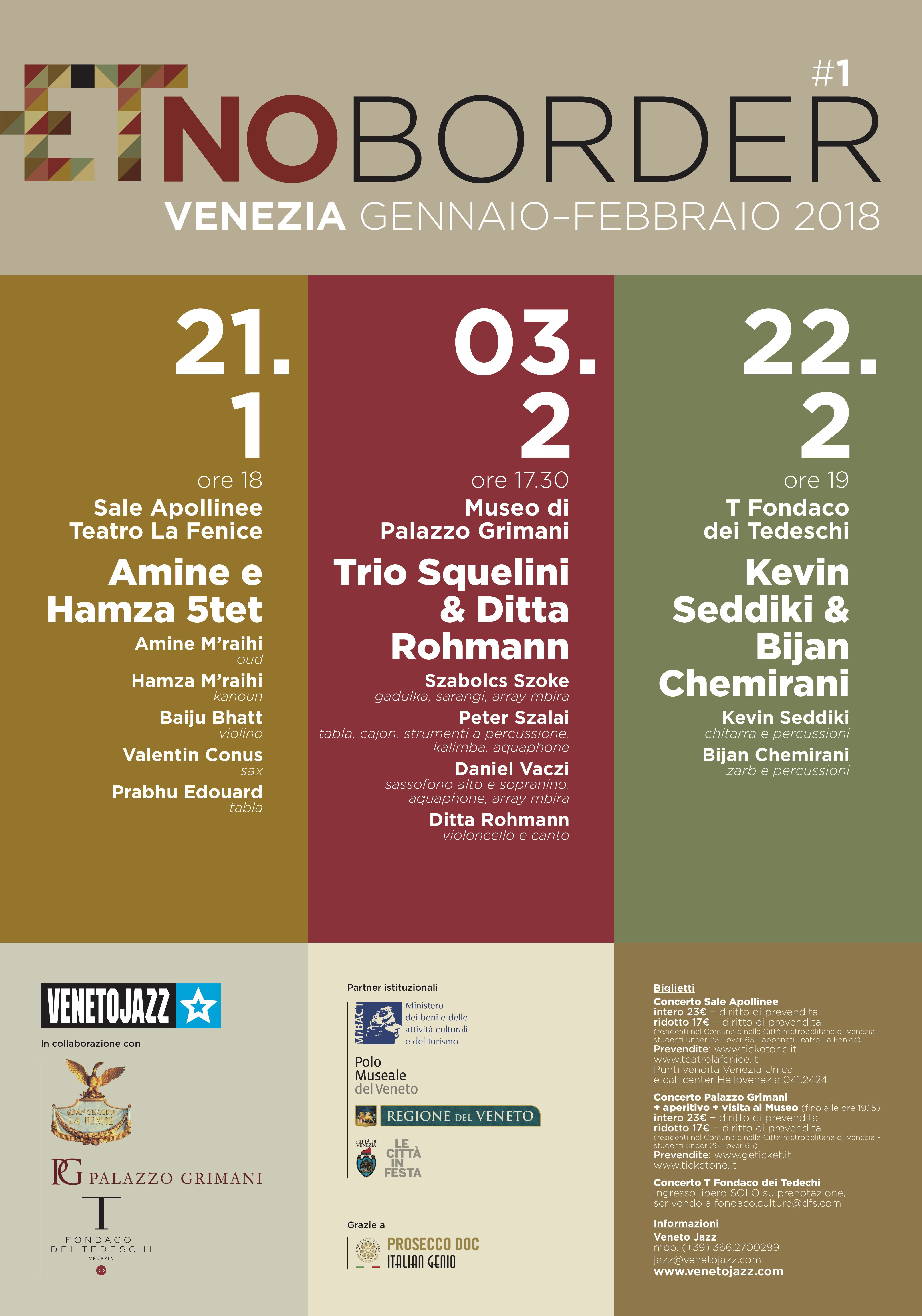 Sounds that come from afar and ancient instruments mix with the languages of the world and meet modern composers and musicians. “Etnoborder” is a term we coined to merge two concepts: “ethnic” and “no borders”. These concepts create the space for ethnic and folk music with little regard to geographical or genre borders in one of the most fascinating places in Venice, a place that owes so much of its history to the influence of other civilizations.

The Museum at Palazzo Grimani and T Fondaco dei Tedeschi will be the scene for concerts of Middle Eastern, Indian, and Persian sound fused with Classical Western Music, hints of jazz and flamenco, and African rhythm. Table, gadulka, and zarb are the unusual, fascinating instruments that the audience will be able to appreciate, especially in their dialogue with instruments of Western tradition as expert musicians, open to the cultures of the world and virtuosos each in their own right, explore the avenues of a world music of suggestive, intelligent contaminations.

Trio Squelini, with Hungarian virtuoso cellist Ditta Rohmann, is a melting pot of virtuosity and musical styles. Conducted by Szablocs Szoke, the founder and soloists of one of the most important ethno-jazz Hungarian ensemble, the group features Peter Szalai, an expert of Indian classical music and one of the best table players in Europe, and Daniel Vaczi, a saxophonist of jazz formation. In their repertoire we find jazz, folk, and chamber pieces from their latest album, Furioso.

An amazing jazz, classical, and world music duo travels to Persia, Andalusia, Argentina, and Africa. Bijan Chemirani followed the footsteps of his father Djamchid, who worked with Bejart and Peter Brooks, and of his brother Keyvan (Chemirani Trio). Bijan is a world authority on the zarb, a chalice-shaped single-membrane drum with a wood shaft, used in traditional Persian music. With Kevin Seddiki, a guitarist who worked with Al di Meola and Gonzalo Rubalcaba, Bijan Chemirani signs an eclectic style of musi of Mediterranean influence. Sting himself loved it and used it as inspiration for his ethnic alcum If On A Winter’s night…of 2009.