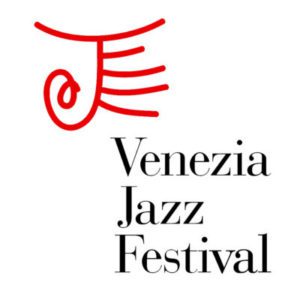 New edition for Venezia Jazz Festival from June 27th to July 11th. The core events are two unbelivable nights at Teatro La Fenice on the occasion of the celebration of ECM label 50th anniversary (July 7th) and the Dee Dee Bridgewater comeback with her tribute to France and Josephine Baker.
On the occasion of the “50th Anniversary of ECM”, in a unique extraordinary night, three representative artists for the history of the jazz and contemporary music label founded by Manfred Eicher in 1969: the Tunisian oud master Anouar Brahem, the versatile multi-instrumentalist Egberto Gismonti, the restless Enrico Rava. These masters are really different from each other but they are linked by the sound and the philosopy which makes ECM recognisable in the world.
“The astounding eyes of Rita” is the album dedicated to the memory of the Palestinian poet Mahmoud Darwish (1941-2008). On the occasion of the 10 anniversary of the poet death Anouar Brahmen formed a new ensemble wich includes the Swedish bass guitarist Börn Meyer, the German bass clarinettist Klaus Gesing and the Lebanese percussionist Khaled Yassine. From the jazz wide repertorie (for example John Surman, Dave Holland, Jan Garbarek and Jack DeJohnette) to the multiple Mediterranean and Oriental tradition (from the native Tunisia to the boundaries of India and Iran), the strong but sensitive musique of Anouar Brahem constantly ridefine an intelligent universe made by poetry and culture which look for a balance between temperance and sensuality, madness and contemplation.
Egberto Gismonti, one of the Brazil most appreciated ambassadors, in one of his rare appearances in Italy, will have a piano and guitar solo performance. The seventy-two year old composer, son of a Sicilian and a Lebanese, represents a unique among classical influences, the boundless Brazilian musical heritage and the indigenous traditions of the Amazonian jungle. He has composed music for cinema, theater and television and made more than sixty records, also recording with famous names in international music such as Charlie Haden, Jan Garbarek, Naná Vasconcelos.
At the 80 years door, Enrico Rava presents a Special Edition. On this occasion he brings together the musicians who have been close to him in recent years, to revisit the most significant tracks of his career, reinterpreted in today’s perspective, and play new compositions written for this occasion. The musician: Francesco Bearzatti (tenor sax), Giovanni Guidi (piano), Francesco Diodati (guitar), Gabriele Evangelista (double bass), Enrico Morello (drums).
On the stage of Teatro La Fenice, the other protagonist of the festival, Dee Dee Bridgewater. With Ira Coleman (bass), Louis Winsberg (guitar), Marc Berthoumieux (accordion), Minino Garay (percussion), the great jazz voice presents “J’ai Deux Amours”. With this project she homages France that was her home for 17 years. On this purpose she plays a series of songs closely related to the career and life of Josephine Baker, the famous American-French performer. The concert also celebrates famous chansonniers of the time such as Edith Piaf and Charles Trenet (8 July).
Venezia Jazz Festival journey takes place in the most fascinating places of the city, from charming hotels to theaters, from the lagoon islands to churches.
Classic opening of the Venice Jazz festival at the impressive altana of the Splendid Venice Hotel, on the occasion the Astor Piazzolla Tribute performed by Andrea Dessi (guitar) and Massimo Tagliata (accordion). Dessi and Tagliata are passionate performer of tango and argentinian music (June 27th)
‘Pipe Dream‘ born from an international collaboration between the cello master Hank Roberts and four italian artists with a transversal and creative approach: Pasquale Mirra, Zeno De Rossi, Giorgio Pacorig and Filippo Vignato. They are capable of producing a peculiar sound, mixing chamber, african, american folk-rock and new music.(Sale Apollinee, June 30th).
Hank Roberts is also the protagonist of a workshop regarding the art of imrpovisation (July 1st, Caos Studio), that will end in a final concerta at Chiesa della Pietà (July 2nd).
The piano artist Jon Balke will perform with the trumpeter and composer Giorgio Li Calzi in a unique performance. Jon Balke and Giorgio Li Calzi met in 2017 at CHAMOISic festival, directed by Giorgio, where Jon performed for the first time his new album Siwan (Nahnou houm) which was released on ECM records some months later. (Sale Apollinee, July 4th)
For the fourth edition, ‘Moog Summer Camp – The Island of Electronicus’ is back in Venice. The workshop is dedicated to Moog devices and electronic synthesizer. The workshop will last 5 days from the 2nd of July to the 6th of July. It is organized by Nu Fest (electronic section of Veneto Jazz) on the occasion of the 12th edition of Venezia Jazz Festival.
The workshop is lead by Enrico Cosimi, one of the most expert in the field in Italy.

In the festival, there is still space for training with the renewed workshop dedicated to electronic equipment and synthesizers, directed by Enrico Cosimi, on the Island of San Servolo, for the occasion “Island of Electronicus” (2-6 July), with a great final event: on stage Alexander Robotnik, aka Maurizio Dami, Italian music producer, one of the pioneers of the Italian record, author of Problèmes d’amour (1983), true hymn of the Italian disco (July 5).

Chiesa della Pietà hosts the duo of accordionist Luciano Biondini and clarinetist Mosè Chiavoni. Together they created, in 1998, the Duo Malastrana, composed of a strong expressive research on klezmer music. They present “Rosso” (9 July).

Music and atmosphere of extreme elegance, sounds of northern Europe with a rarefied Mediterranean atmosphere and contaminated by Italic and Balkan sounds, thanks to the bandone player from the Marche Daniele di Bonaventura, in duo with the Norwegian Arild Andersen, incredible musician, a master of the double bass and colossus of the ECM (T Fondaco dei Tedeschi, 11 July).

Laguna Libre, the cultural inn in Fondamenta Cannaregio, is the festival jazz club, with a rich program of “Waiting for …” and during the days of the event (www.lagunalibre.it).

Thanks to the partnership with Classic Boats Venezia, a concert of a Veneto Jazz concert will be reserved a 25% discount on boat rentals (for information https://www.classicboatsvenice.com/it/).

The artistic direction is a cure by Giuseppe Mormile.
Presale:
Ticketone – online and shops
For the concerts of the Teatro La Fenice also:
www.teatrolafenice.it
In all Venezia Unica shops and Hellovenezia call center 041.2424